The Body-Feedback testing techniques and treatment approach were developed out of pure necessity. I needed to ensure I was providing the best possible holistic treatments for my clients. While in acupuncture school, I had studied several different styles of acupuncture; over time I merged these together into how I practice today. Individually, each of these styles proved effective when the correct diagnosis was used. Together they make a powerful diagnostic system.

The acupuncture styles incorporated in the Body-Feedback system include: 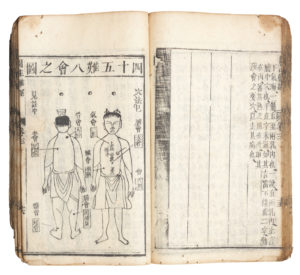 As with all new acupuncturists, and before I developed the Body-Feedback system, I struggled for a time with getting the exact diagnosis right. Prior to becoming an acupuncturist I worked as an accountant. For fifteen years it was drilled into my head to always check my work for accuracy. While in acupuncture school, I naturally gravitated to the Japanese-style treatments because they offered a system to check the effectiveness of the point selection using palpation techniques. I personally found the palpation style treatments highly effective and the results long-lasting.

When just starting acupuncture school, I attended a class taught by Nicholas Lacarrubba that combined applied kinesiology techniques–sometimes referred to as muscle testing–to identify imbalanced meridians. This technique was based on the four-point Korean acupuncture points. Nicholas had studied acupuncture in Japan, and he combined this training with the applied kinesiology testing created by chiropractor Dr. George Goodheart. After class, I received one acupuncture treatment from Nicholas and felt its long-lasting effects in many areas of my own health.

I then attended a class taught by Kiiko Matsumoto that changed my health dramatically. I had suffered a severe head injury during a head-on highway collision at age twenty-five that left me with unstable blood pressure, unstable heart rate, severe insomnia, night sweats, stuttering, and stammering for over seven years. During this class Kiiko supervised my treatment. As a result of the treatment, my heart rate and blood pressure stabilized, I stopped stuttering and stammering, and I slept better—after seven years of having experienced symptoms. These results have held for over fifteen years now. I knew at this point I was going to study and master a palpation-based treatment style.

When first starting out in practice, I found it much easier and highly effective to adapt the applied kinesiology-type testing for the acupuncture meridian system. I used adapted muscle testing in combination with the four-point Korean acupuncture-based treatments and then added in TCM or Kiiko-style additional points. I then further simplified the four-point Korean acupuncture approach by rearranging the steps and always confirming the accuracy of the treatments with Body-Feedback muscle testing for each client. 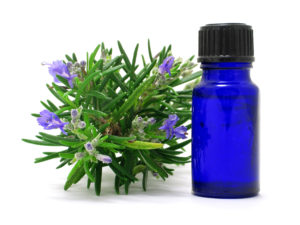 After seven years in practice, I began to integrate essential oils into my treatments. I struggled with which company to use and which oils would work best. I quickly realized that I could test essential oils by first smelling them and using the adapted applied kinesiology methods to assess how they shifted the meridian system prior to applying them. I tested seven or eight different manufacturers’ oils over the next twelve months and decided upon a brand that tested consistently well and was approved by the FDA for internal use. Over the next five years of testing oils with almost every treatment I realized that certain oils tested well for particular acupuncture point prescriptions based on the Korean four-point system. My clients reported better treatment results after adding the oils to the treatments. After testing oils an average of 200 treatments per month for five years (over 10,000 treatments), I created the meridian-balancing essential oil blends and the organ-supporting blends that I still use today in my Body-Feedback treatments.

The final step in completing the Body-Feedback system came with the integration of nutritional supplements and Chinese herbal formulas using Body-Feedback muscle testing. Acupuncture points are areas of low electrical resistance on the body where the body can absorb energy into the meridian system. On the center of the abdomen, there are seven meridians that run parallel with their points stacked one above the other and very close. This creates a large area of low electrical resistance to easily access the meridian system. By placing nutritional supplements, Chinese herbs, and essential oils in the largest area of low electrical resistance, the meridian system shifts, and changes can be felt within 60 seconds using the Body-Feedback muscle testing techniques. 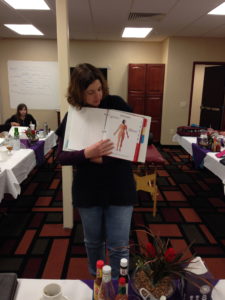 I began teaching these techniques in workshops in 2012 and was delighted to realize that essential oil consumers could easily test themselves using the Body-Feedback techniques. Shortly afterward I started teaching my system to healthcare professionals including acupuncturist, massage therapists, chiropractors, nurses, and medical doctors. Based on my first series of classes, I am currently writing my “Body-Feedback with essential oil self-care” series and am gearing up to teach both online classes and weekend workshops. I am pleased to offer the Body-Feedback technique as a tool for your healthcare use.